Here in the Nederlands the ‘Sinterklaas’  (Dutch Father Christmas) fun is already in full swing.Saint Nicholas (AKA Sinterklaas) normally arrives the second Saturday in November on a steamboat from Spain along with his ‘Zwarte Piet’ (black pete) helpers. 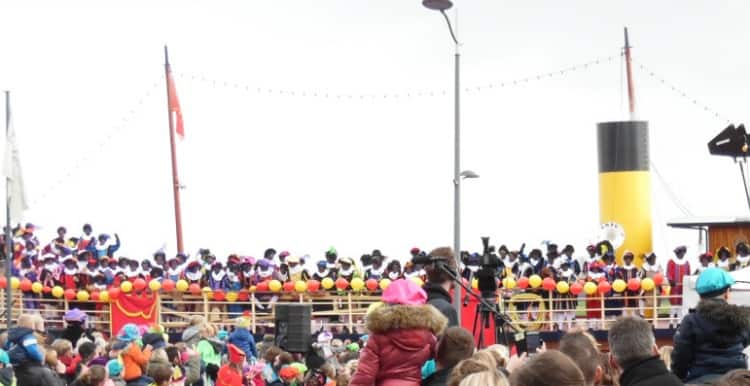 In recent years it is becoming more and more controversial.  This year some of the major retailers have stopped using the Zwarte Piets in their advertising campaigns and along with the tv who are starting to introduce brightly coloured and clown Piets.

There is however a lot of resistance as the Dutch love their traditions which have been around since the 19th century.

On a lighter note the kids absolutely love it and get drawn into the spirit of it singing all the funny little songs at school and watching the old fella arrive on his steamboat from Spain.

The Dutch Father Christmas Parading Through The Town 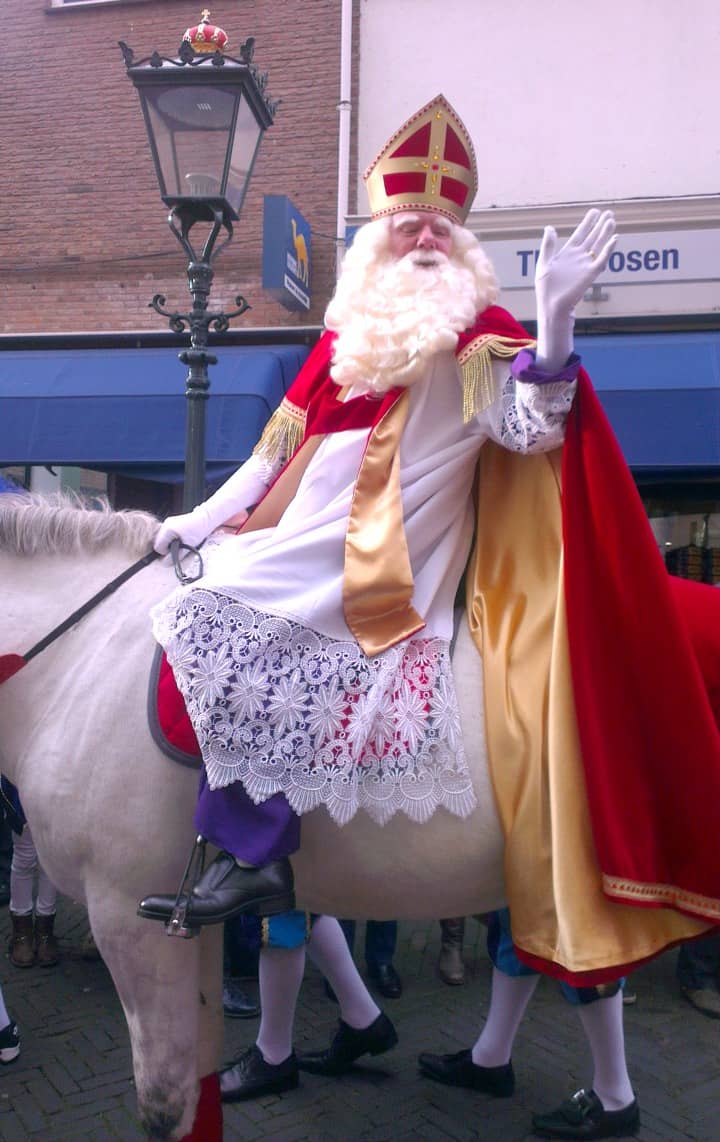 There is a big procession though the town where the children can see Sinterklaas riding on his white horse and score handfuls of pepernoten (little round cinnamon biscuits) and sweets from all of the Piets. 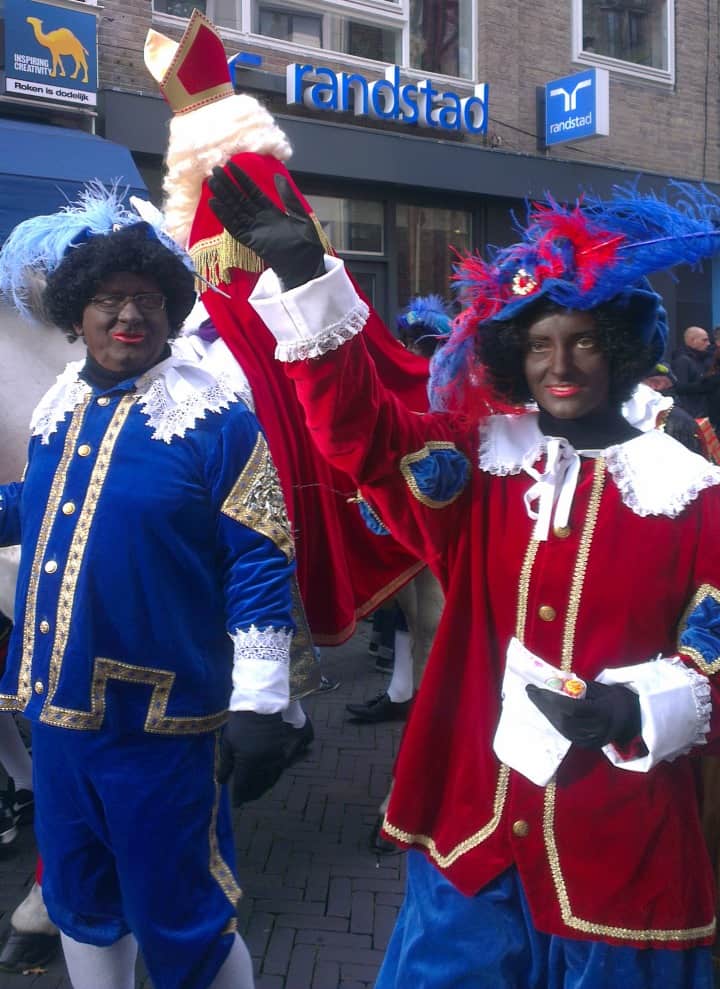 My girls have this down to a fine art now and take along little sinterklaas zaakjes (little burlap bags) to collect their pepernoten in. 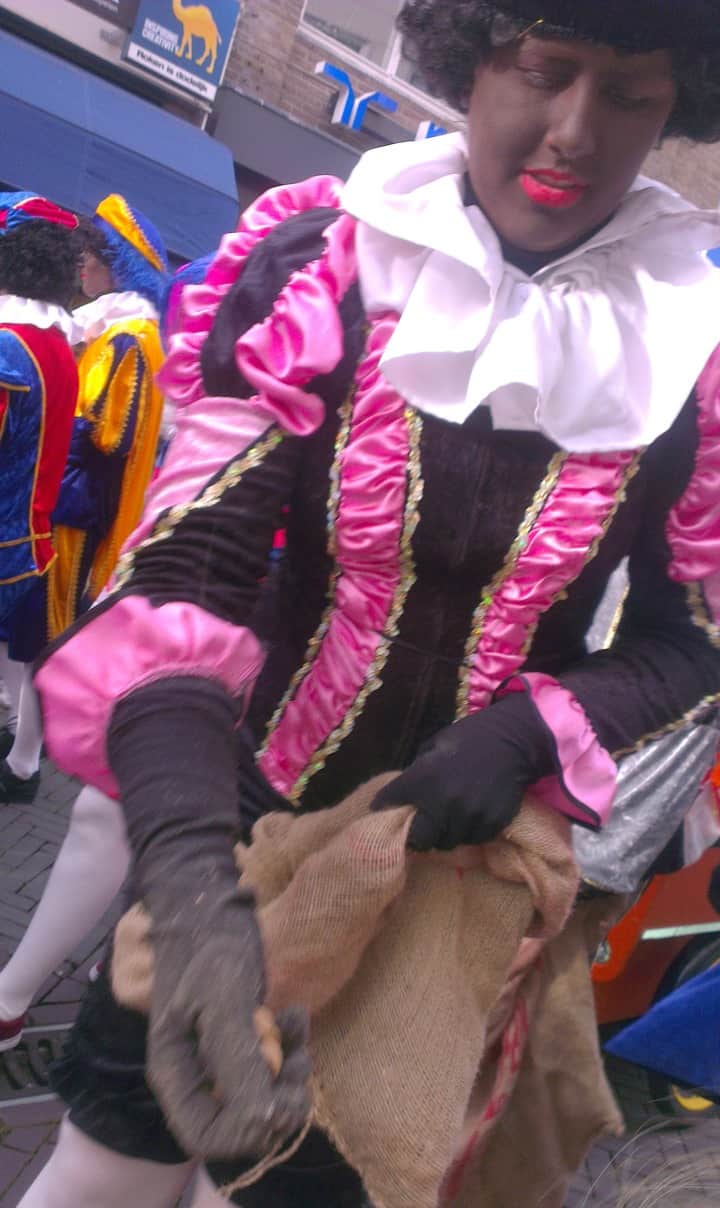 From that day on the kids are allowed to lay out their shoe by the fire every Saturday night until the 5th of December.

If the children have been good they will wake up to find little presents in their shoes such as chocolate coins, a chocolate letter (the first letter of their name) and little toys etc.  However if they have been bad they are supposed to receive a bag of salt.

Leading up to the 5th of December there are many chances for the children to see Sinterklaas and all his helpers.

Most of the sports clubs and schools organise visits throughout this period and the kids get to have a lot of fun with all the playful Piets.  There are lot of different Piets like ‘Piet Precies’ (pete precise), Zuur Piet (sour pete), slim piet (clever pete) and so the list goes on.

Also every year there are various television programmes the children can follow including a daily news broadcast.  Every year there are problems that are turned into major dramas that may threaten to spoil ‘Pakjesavond’ (presents evening).

This can be anything from the boat not be able to sail to the big golden book being lost.  The children also follow this at school.

On the 5th December it is ‘Pakjesavond’ where Sinterklaas comes with a big sack of gifts.  I love the reaction of my girls when they hear a big bang on the front door and before they can get there a large sack of gifts and a big handful of pepernoten are rather forcibly thrown through the door.

No matter how fast they run Sinterklaas has always gone (he’s very busy you know) and Papa comes nonchalantly sauntering through the back door with an armful of firewood looking a little bewildered at all the excitement.

For us with a Dutch/English family it can all get a bit too much but there is no way I am letting go of my Christmas traditions.  The girls still have the same amount of money spent on them we just split it in two and try to be creative with inexpensive stocking fillers to bulk it up.

I want them to grow up with a love of Christmas so I go the extra mile to make it special.  I try to help them understand the true meaning of Christmas whilst enjoying all the wonderful traditions.

Here in the Nederlands I’m not even allowed to mention the ‘C’ word until the 6th of December but me being me I can’t help myself.  I have already secretly began with some behind the scenes prep – shhh don’t tell anyone! 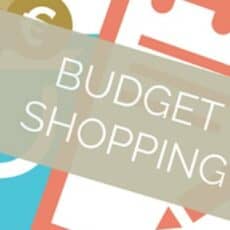 Budget Shopping In The Netherlands 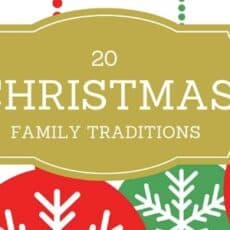